Is it possible to trust God in wartime? Thousands of stories have been told about the deprivation and horror of the Second World War. One aspect has received comparatively little attention: the story of those who lost the same war twice, the people of Germany. Not the military, the Nazis, or the government itself, but the villagers, the grandparents, the wives, and the children—the people who had little more control over their future than the victims of the concentration camps.

In the book, Refuge, Liane Guddat Brown [Melanie’s mother] recounts sixteen months of her life as a young German girl under Russian occupation in an area now part of Poland. Those in her little family were the last representatives of a town of twenty thousand residents. All others had been murdered, forced to flee, or starved to death. Despite brutal treatment and harsh conditions, the Guddats survived, escaped, and reunited their family, bringing with them to the free world a compelling story of God’s marvelous grace.

There have been few reports about Germans’ suffering after the war. While giving hope to the West Germans, the peace treaty did not alleviate suffering for millions of East German refugees forced from their homes by the Soviets. Starving and exhausted, few survived the treks during the harsh winter. But in her book, From Fear to Freedom, Liane Guddat Brown completes a bridge between the Berlin refugee camp and the new home in the United States of America.

Emmy Guddat [Melanie’s grandmother] and her four children managed to arrive in the West despite near starvation and bodies riddled with boils only to move from one refugee camp to another. With God’s help, she had survived sixteen months of the communistic ravages of their Russian enemies. With His help, she would also survive the abusive West Germans who considered refugees scum and dirt. God preserved the entire family, including the father, whose whereabouts were not known for over three years.

Indeed, the Lord does care for His own. The Guddats’ story, while containing hardships and trials of which most people will never know anything, clearly shows the Lord’s protecting hand on their family. While all around them, other families were being killed or split up, dying of disease or starvation, and suffering untold horrors, the Guddats emerged into freedom, intact as a family unit and relatively healthy.

Above are excerpts from my [Melanie] mother’s books. Throughout my life, I grew up hearing the stories of how a relationship with God impacted my heritage. Because of these stories, I know it has been easier for me to trust His care and guidance in my life. Christ is relevant to freedom, not just from living in a free country like America, but also being free from the bondage of all that seeks to enslave us. We can trust God when war rages around us.

So we praise God for the glorious grace he has poured out on us who belong to his dear Son. He is so rich in kindness and grace that he purchased our freedom with the blood of his Son and forgave our sins. He has showered his kindness on us, along with all wisdom and understanding.

How does this apply to me?

As our Savior, God purposed to free us from the bondage of sin that keeps us stuck in the mire. His gracious action was prompted by His eternal desire to be in an intimate relationship with His creation. The resulting freedom and union enable His child to live devoted to God and committed to doing good deeds.

Prayer Pattern for Strength in Wartime

God, Your grace has been revealed, bringing salvation to all people. You instruct us to turn from godless living and sinful pleasures. Enable me to live in this evil world with wisdom, righteousness, and devotion to You, while I look forward with hope to that wonderful day when Your great glory will be revealed. You gave Your life to free me from every kind of sin, to cleanse me, and to make me Your very own child, totally committed to doing good deeds. . . . 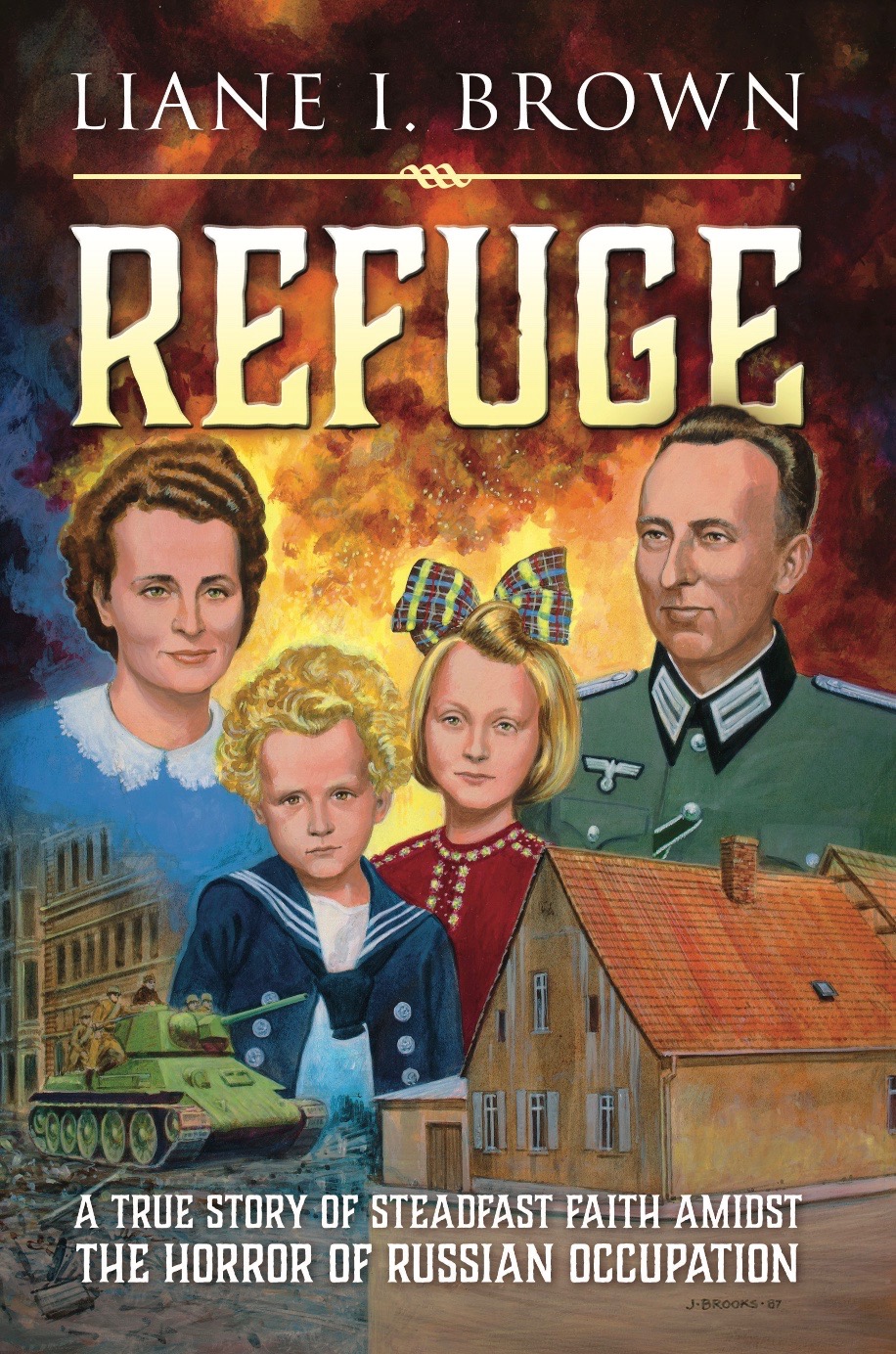 In a Florida news article in 1987, Nancy Miller wrote that “Refuge” “is a gift of survival.” Today Liane Brown’s story continues to encourage readers.